The 2018 Rawlings Quatro BBCOR was a new release last year, and it was expected to do well in terms of sales.

It is true that if you’re only used to balanced bats that the 2018 DeMarini CF Insane BBCOR really is crazy.

But the truth is that not everyone looks for a balanced bat.

Instead, some hitters really want to wallop a baseball with a hammer rather than with a chopstick. If that’s you, then this is the bat you’re looking for.

DeMarini is of course among the most well-known brands in baseball bats.

Tell you to “never settle”, so if you really want an exceptional endloaded bat you’ll be crazy to go with anything else.

Let’s see exactly how insane this gets. But really, the features do make sense for some hitters. Watch me take a few swings with this bat by clicking on image above!

Check Out The Endcap and Handle 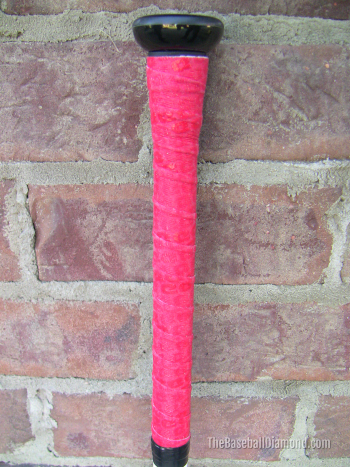 Let’s first start with a caveat: this is a bat for power hitters. It is not for leadoff or even for 2-spot hitters.

Instead, this bat is best for guys who hit in the 3-hole or cleanup spot. It’s great for the 5-position too. Weight Distribution and Design of the 2018 DeMarini CF Insane BBCOR It’s not quite perfect, and for some people it’s definitely the wrong bat to use. In the end, its looks and price aren’t really serious issues compared to the benefits you get.

It really is a smart investment on your part, especially if you’re a serious player who plays organized baseball.

You’ll get full value and more from this bat if you’re a player in a league, instead of just a casual player who plays baseball maybe once or twice a year.

Just remember that this is called the 2018 DeMarini CF Insane BBCOR bat, and the use of the “insane” in its name is quite apt.

The end-load feel really is crazy, and that’s why it only works best for power hitters in the cleanup spot.

However, you don’t have to be juiced up on steroids to use this—and that’s because the weight distribution somehow gives you a nice sort of control as well. Add the durability and vibration-free comfort, and it’s a sure winner.