They say you get what you pay for, and nowhere is that more true than with the Marucci baseball gloves.

There are a lot of factors that need to be considered if you’re going to buy a Marucci glove, but sometimes you just need to look at the brand to know that it’s trustworthy, and Marucci is one of those.

Now the company makes a lot of these and a first time buyer can get overwhelmed. But it doesn’t have to be the case as we’ve assembled the top 3.

Yes, Marucci makes a few more gloves, but when it comes to quality, design and popularity, these three are tough to match. 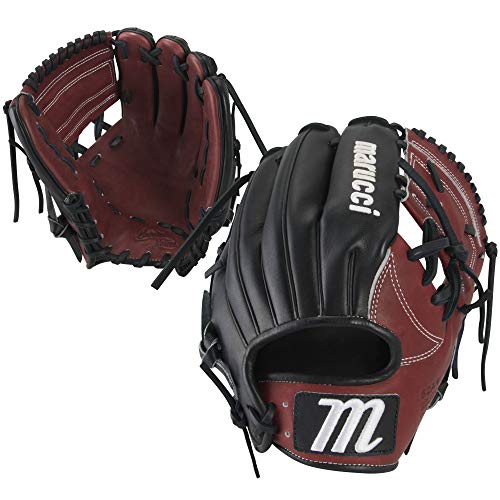 Marucci gloves are known for their high quality, and the Capitol is a good example of this.

Aptly named the Capitol Series, each glove has been custom designed for every position. Professionals tested the glove to make sure it feels like the real thing.

The Capitol looks and feels good. It’s handcrafted (you don’t see a lot of those around, and not with this quality) and while the glove takes time to break in, it feels great while in your hand.

During our tests we used the glove under different circumstances and situations and the Capitol passed with flying colors.

At no time during our tests did the glove feel uncomfortable, though it’s a little bit stiff the first time you wear it.

This is normal for professional quality baseball gloves though so it’s nothing to worry about. Unlike other outfield gloves, the Capitol keeps its shape nicely and won’t break under pressure.

The glove may be too much for casual players. If you’re serious about your game and want to give it a boost, the Capitol is a good choice.

The glove feels comfortable and built to last. One of the banes of many players is how quickly the glove deteriorates and requiring lots of maintenance, but the Camel doesn’t.

Finally, the glove has a 30 day money back guarantee so if you’re not happy with it, you can get a refund.

Bottom line: if you’re serious about the game, give the Marucci baseball gloves Capitol model a look. 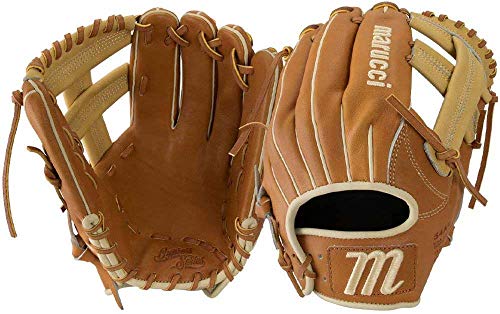 The Marucci Cypress series glove is one of the brand’s more popular products, and during our review we could see why.

Some of the glove’s more notable features are its 1.25 inch pattern and the double lacing for the pocket so it’s sturdier than other gloves.

The cowhide index finger pad is also nicely implemented and fits in perfectly in your hand.

In terms of aesthetics the Cypress is top of the line. The texture feels soft and smooth, and your fingers should slide in nicely with little trouble.

Breaking in isn’t as time consuming or difficult compared to other gloves. For the price the Cypress is actually a bargain given how long it can last.

The proof of the pudding is in the eating of course, so we decided to take this mitt out for a try.

The glove performs well playing different positions in the field. Catching incoming balls was great (because the glove is large, making a catch is actually easier).

There are other aspects of the Cypress worth mentioning. The leather is high quality.

They use premium Japanese-tanned steerhide leather which provides stiffness and rugged durability.

Even if you don’t know much about the material, you just need to touch the glove to know that it’s not the typical stuff you see on other baseball gloves.

Many of those who have tried this glove have also noted its durable built, and in our extensive tests it’s obvious that this is indeed the case. 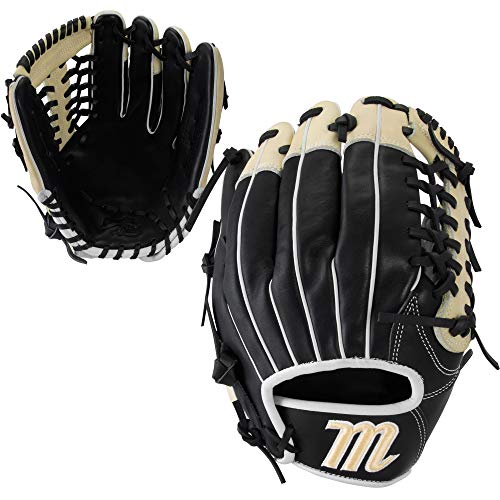 Last but not the least in our list, the Ascension Series Marucci baseball glove is being trumpeted as a high quality glove that has the feel of a genuine, professional glove.

A lot of brands say the same thing about their product, but this one more than lives up to the hype.

To the inexperienced eye the Marucci may look just like any other glove, but the feel is different.

It’s made of tight-grain steerhide shell leather and this is what gives the glove that stiff feel.

It also uses professional-grade rawhide laces which gives it a nice touch.

To the casual fan these outfield gloves are one and the same, but they’re not. Inferior gloves are soft and wear out quickly whereas these gloves last much longer.

We put the glove through a series of tests to assess its performance, and it more than holds up when compared with other gloves in its class.

Even when used extensively, the Marucci holds up well thanks to its dyed through laces. When you see the “USA tanned dyed through” on the product description, it simply means that this is a high quality and durable glove.

What About The Design of This Glove?

The glove also has a distinct narrow-fit hand opening and scaled-down pro pattern.

This provides exceptional fit and control while also being lightweight.

If you’re a casual player this might not make much of a difference. For the serious outfielder it’s essential because you get more control and a greater feel.

The glove also has a reduced heel pad. When compared with others the reduced thickness results in easier breaking-in.

One of the reasons why some shy away from these types of gloves is the break-in, as it’s too hard. That’s not a problem here though, as it won’t take as long.

The Marucci outfield glove isn’t cheap. But there’s a reason for the price tag. As the reviews above should give you an idea of why they’re esteemed by players and enthusiasts.

Now as to which is the best that’s entirely up to you, but based on our tests and customer testimonials, any one of these gloves will more than suffice. 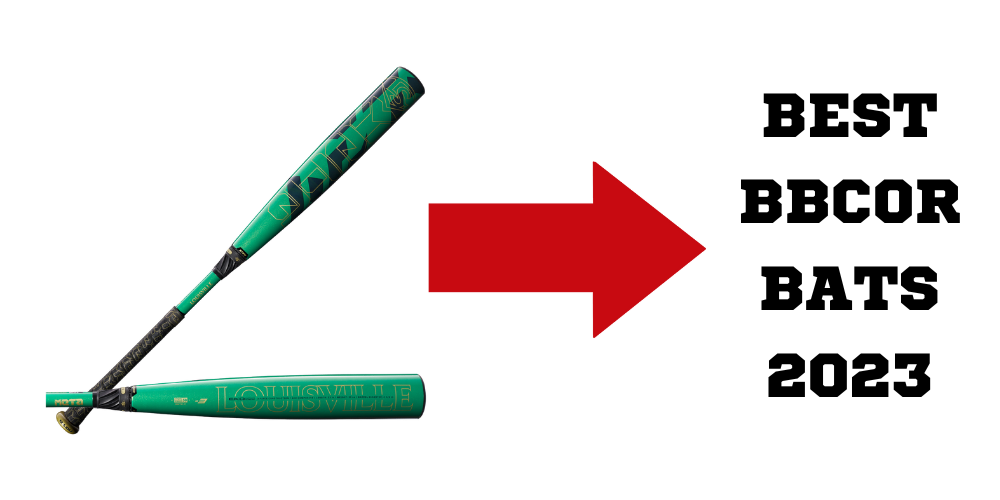 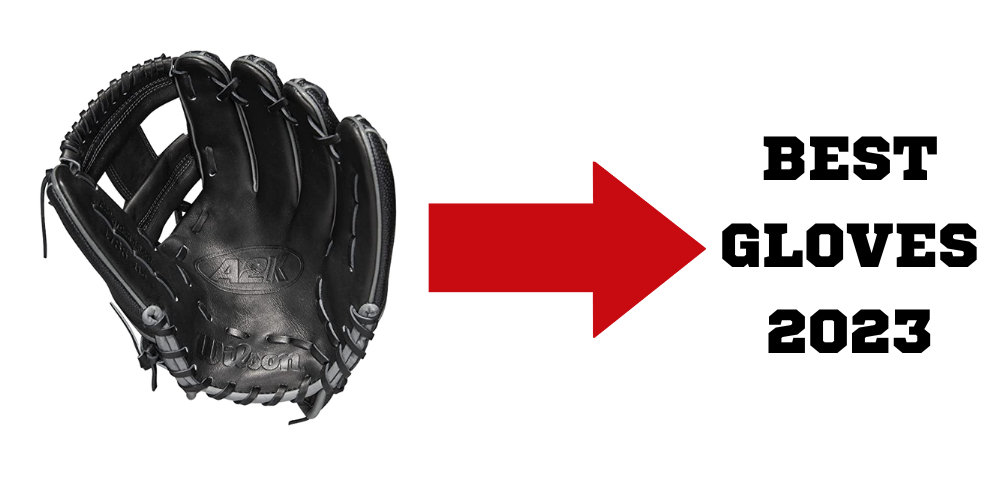 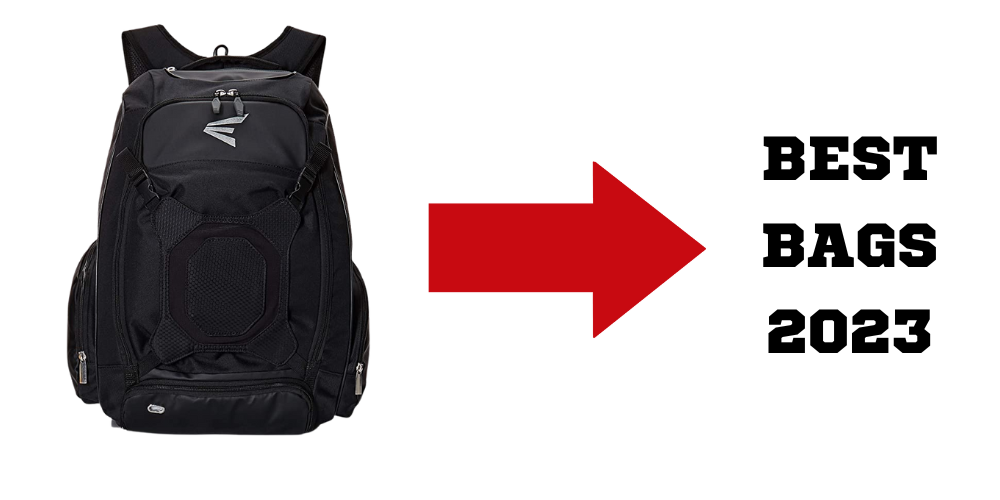