The All Star CM3000SBT is one of the most in demand mitts today. If you look at its ratings online, this is one product that has caught the attention and approval of baseball aficionados.

But just how good is this really, when compared with others sold online?

Popularity of course, does not always entail quality and reliability, which is why we decided to take a closer look at the All Star and see if it really lives up to the hype. 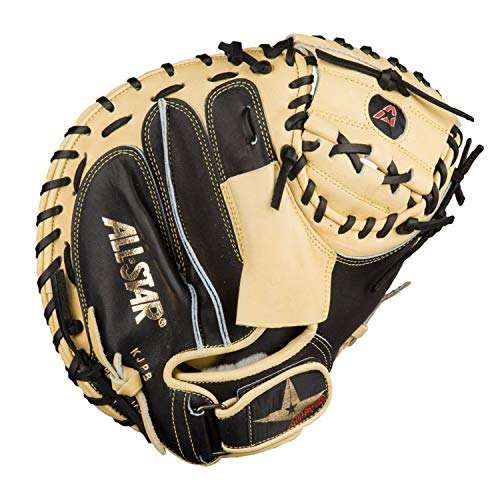 27 Reviews
All-Star - Pro Elite CM3000SBT Catcher's Mitt
The most iconic mitt in professional baseball. This is the exact mitt worn by many pros. Forms a great pocket with a loud pop pitchers love.
$399.95
Buy on Amazon

Features of the All Star CM3000SBT One of the key features of the All Star Cm3000 is its Japanese tanned steer hide.

Even if you’re not an expert on the leather used in catchers’ mitts, the texture and pattern on the mitt is clearly different from others.

But the difference isn’t just a matter of appearance as it also contributes to the longevity of the mitt.

It’s hard to emphasize the importance of the leather used in mitts. To put it simply this is what will determine if the mitt will last a long time or if it’s good for just one season.

The Japanese tanned hide used on the All Star is simply better compared to those used on other mitts.

The back of the All Star catchers glove CM3000SBT is smoothly designed, with the locking tab firmly in place and reducing the bulk.

A common complaint among mitts is once you’ve put them on, it’s very difficult to adjust, but the All Star makes the process simple.

Performance of the All Star CM3000 in the picture: All Star Catchers Mitt

Before we go to the performance we need to check the break in. Conventional thinking says baseball mitts and gloves need to be broken in before you can use it.

The All Star also requires breaking in, but it’s much faster and easier. It’s stiff yes, but not to the point that it’s no longer flexible, and you don’t need to oil or microwave the mitt.

The bottom line: you’ll need to break it in but it won’t take too much time.

The mitt is handcrafted, and this has a positive effect when you use it.

For instance, the leather pocket is soft and gives you a better feel for the ball and for pitchers it comes with that pop that’s so hard to find in other gloves.

Once you’ve used the mitt frequently, you’ll notice that there’s plenty of support for ball handling. Normally these are things pitchers and catchers take for granted, but if it’s missing you’ll immediately notice it.

What Do Reviewers Say About This All Star Catchers Glove

As many reviewers have noted the mitt looks and feels durable, and once you’ve broken in it should work fine.

If you go online and read reviews you’ll see that this is built for intense use, but it’s light enough for use in a game of catch.

Here the soft, tan leather really comes into play as it adds a layer of flexibility that isn’t present anywhere.

When it comes to mitts there are a lot of factors to consider such as control, comfort, support, reliability and stability.

In all these major categories, the All Star company lives up and delivers. It’s more effective in some areas compared to others, but overall the mitts deliver during the game.

As any catcher will tell you, the best way to tell if the mitt is doing its job is if you can’t tell that it’s there.

Meaning, you should be able to focus on your game and not worry about how the glove fits. If you don’t notice the glove while you play, then it’s good.

On the other hand if you’re constantly making adjustments you will need to look for another mitt.

During our tests the All Star handled very well and didn’t require any adjustments. After a few games, it felt natural and didn’t cause any problems handling the ball.

The leather doesn’t just feel good, but it’s of the right thickness.

One more thing: the mitt smells great: it’s just how a good baseball mitt should smell like, and this adds to the feeling of authenticity.

The Cm3000sbt has many things in its favor:

While the All Star catchers mitt Cm3000sbt has a lot of notable features, it’s not without issues, although these are minor ones.

What Customers are Saying About the All Star Catchers Mitt CM3000SBT

Feedback for the mitt has been mostly positive:

These are just some of the reviews about the All Star that you’ll see posted online, and the general consensus is that it’s a good mitt and you can depend on it for the long haul.

One of the more common issues with low quality mitts is they can only take so much force from the pitcher’s ball.

Here though that won’t be a problem as it’s been shown the All Star can withstand up to 80 mph pitches.

Conclusion For The All Star CM3000SBT

This is one of those products that deserve the title All Star catchers glove: it is made of high quality leather, it’s durable and does exactly what it should: protect your hand and make the game easier to play.

No, the mitt isn’t perfect as has been noted above, but whatever shortcomings it might have are overshadowed by the benefits.

Bottom line: This is one of the best high-end catchers mitts you can buy. It’s very durable and will last several seasons.

Looking For The Elite Series Version of The All Star Catchers Glove? 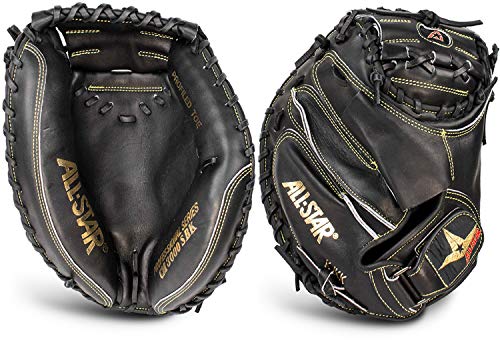