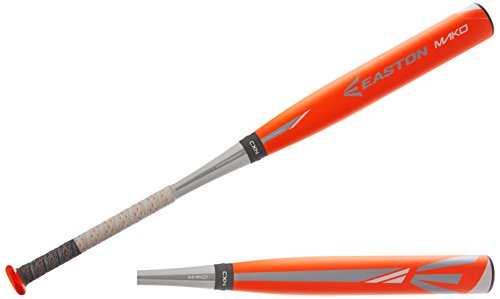 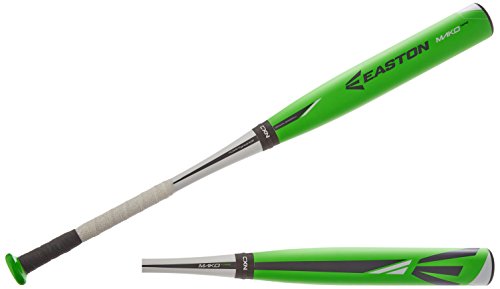 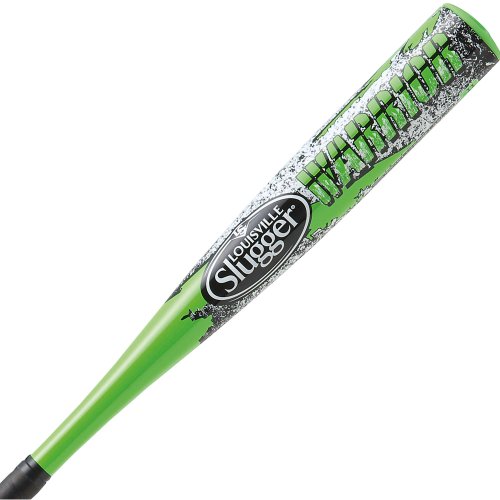 Let’s be very clear about what kind of bats these are. These are bats approved for play in Little League, Babe Ruth, Pony and many other leagues.

This means the barrel is 2 1/4 inch. No more and no less. They are considered “small barrel bats”

The only thing that can very is the length to weight ratio which can be found between -8 and -13.

2015 has been a good year for youth baseball bats as several outstanding models have been released.

As good as they are however, only five can be chosen in this list as they’re head and shoulders above the rest.

So without further ado here they are, the best 2015 youth baseball bats available for the young players today.

One of the best youth baseball bats today, this Easton Youth Bat has a 29/32″ composite handle that makes gripping the bat easier on the hands.

This bat is certified for the Babe Ruth Baseball, Little League and USSSA 1.15 BPF. The bat has a special design that increases your swing speed by a significant amount.

A lot has also been said about the balance of this bat and it’s true, as it feels steady in your hands.

The bat feels light when held, and the barrel has a generous sweet spot so hitting one out of the park just got easier.

In addition, the bat’s design has been tweaked so it doesn’t vibrate when you miss.

If you’ve owned one of these bats before you might be forgiven for thinking that there’s not much difference.

Once you give it a swing you’ll know how different it is from other Easton youth baseball bats.

No discussion of the best Little League bats 2015 will be complete without mentioning the Easton Torq. It’s become a favorite among players and coaches.

The bat may look similar to other Easton products, but inside its different. It’s more responsive when you swing it. But besides providing power, the bat is finely balanced too.

The bat is light, but don’t mistake that for lack of power. The Easton is designed for hitters who demand power from their bats.

Compared to other bats in its class, the Torq has a large sweet spot. It’s very forgiving even if you don’t hit it squarely.

However, the Torq isn’t all power as technology is used extensively here. The entire bat has been designed so energy and power are transferred from the handle to the barrel smoothly so nothing is wasted.

In other words when you swing, it’s all energy.

The DeMarini 2015 Voodoo Overlord earns a spot in our top 5 thanks to its combination of power and style.

The highlight here is the X12ATM alloy barrel. It provides maximum strength at the thinnest areas of the bat.

A common problem with most bats is the lack of power in the swing. The Voodoo Overlord doesn’t suffer from that as it’s ready for power hitters.

The 2015 Overlord is also known for its ThermoFused Taper. It amplifies the bat’s sweet spot by storing the energy in the barrel.

With the way other bats are designed, energy is scattered all over the bat, which reduces hitting power.

In addition, the bat has an Ion-V End Cap that keeps vibration to a minimum. At the same time drawing energy to the right direction so there’s extra power when you swing.

When it comes to top rated youth baseball bats, the 2015 CF7 DeMarini is almost always mentioned and with good reasons.

From top to bottom this is one of the best bats around as it manages to combine power with efficiency in one powerful package.

The most prominent feature here is the Paradox Plus Composite Barrel as it makes the CF7 even lighter than the previous DeMarini models, no mean feat.

In spite of the light weight, the 2015 CF7 is still a heavy duty bat and actually packs more power compared to the previous models.

Aside from providing the maximum POP, the bat’s design allows you to make the ideal swing without worrying about vibration.

In the past that’s always been a problem, but DeMarini was able to resolve that with this series, in particular the 2015 CF7.

Other notable features on the CF7 are the D-Fusion FT handle and the Low Pro End Cap.

The D Fusion handle removes vibration and transmits energy into the bat so there’s a more powerful swing, and the flame tempered treatment joins the barrel and handle together, giving it a stiff yet comfortable feel.

Rounding out the top 5 is the Louisville Slugger Youth Warrior.

The name is suggestive of power and strength, and the Youth Warrior doesn’t disappoint. With its 7050 alloy and 2 1/4″ barrel you can expect power and it delivers, and the synthetic grip ensures the bat won’t slip from your hands during crucial moments.

Certified USSSA 1.15 BPF, the Warrior is a world class bat.

There are a lot of good things that can be said about the Warrior, and one can start with the one piece frame construction.

The 7050 alloy doesn’t just make the bat look good, but it also increases durability and strength. Unlike other youth bats that snap when used continuously, the 2014 Warrior is guaranteed to last even if used daily.

The Warrior’s end cap is worth mentioning as well because it dampens vibration, which remains a problem with inferior bats. Even though some bats have tried to work around this, few have done so as effectively as the Warrior has.

But apart from reducing vibration, the Warrior also locks in energy inside the barrel so there’s full power when you make a swing. Even if you’re swinging the bat for the first time, there’s no major adjustment necessary.

So now you’re probably asking which of these bats is the best? The answer is they all are.

Based on customer reviews and testimonials, the Easton Mako Comp seems to be the most popular, but that doesn’t make the other bats on the list any less effective.

The fact is you really cannot lose whichever of the five you decide to go with, so what are you waiting for?