Just in time, here’s the new Wilson A2000 SuperSkin Series 1786 which will really get your game going.

Wilson, as just about every baseball fan knows, has a very long history with baseball. And today that tradition continues.

Many superstar MLB players are using Wilson gloves for their professional games. 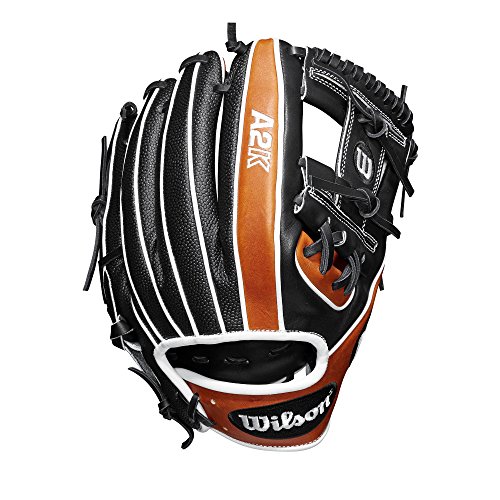 The Wilson 1786 A2000 is made for infielders, and its main features are designed to benefit shortstops, third basemen, and 2nd basemen.

The pocket is purposely made shallow, and that’s made possible by the H-web and 2x lacing.

Wilson also used ProStock Select Leather, which has proven to be very consistent and flawless.

It incorporated features such as Double Palm Construction and Rolled Dual Welting, and it also had 3 times more shaping from the craftsman at the factory.

A master technician personally shaped and pounded the glove right there at the factory.

Benefits of the Wilson A2000 SuperSkin Series 1786

So how do these features benefit you? Here’s a list of all the advantages you get when you use the Wilson A2000 Superskin Infielder Baseball Gloves.

Let’s Talk About The Pocket

As If You Needed More Benefits!

So is it perfect? That depends on your budget. That’s because you usually have to pay to get the very best, and for some the cost of the Wilson 1786 A2000 can be prohibitive.

The usual retail price is $500, although on Amazon it’s available for less than $360. If you don’t play a lot and your budget is limited, then it’s not for you.

Final Verdict on the Wilson a2000 Superskin Series 1786

But if you do play a lot of baseball in the summer, then it may be worth your while to save up for this premium glove. Despite the high cost, it may well be worth it.

The advantages you get when you play in the infield are invaluable, and besides you get many years of use. Get the Wilson A2000 SuperSkin Series 1786, and you won’t just look like a pro. You can start to play like a pro as well!