Baseball fans often have different ideas of what makes for great game.

For some it depends on who’s playing. Others look forward to pitcher’s duels, when the players on the mound mow down the players coming to hit like clockwork.

But it must be noted that baseball’s best moments are all about hitting, especially homeruns.

Babe Ruth took baseball to new heights because of his homerun hitting skills. Roger Maris generated a lot of interest in 1961, when he broke Babe Ruth’s single-season homerun record.

More recently, the dramatic homerun race between Mark McGwire and Sammy Sosa in 1998 drew the attention of the sporting world, as did Barry Bonds’ almost inevitable homerun record in 2001.

Many sports writers have noted throughout history that of all the feats possible in sports, hitting a round ball hurling through space with a round bat is perhaps among the most difficult.

Hitting the baseball so that it goes out of the easy reach of fielders isn’t all that easy. Neither is hitting the ball hard enough to go out of the playing field.

But the hits will come with the Easton S1 Youth Bat. Everyone who has used the Easton YB14S1 has remarked on how great it is. Parents feel much better for their kids when they see how their youngsters perform when they step on the plate.

For many kids and parents today, the Easton S1 Youth Bat makes for great baseball game. 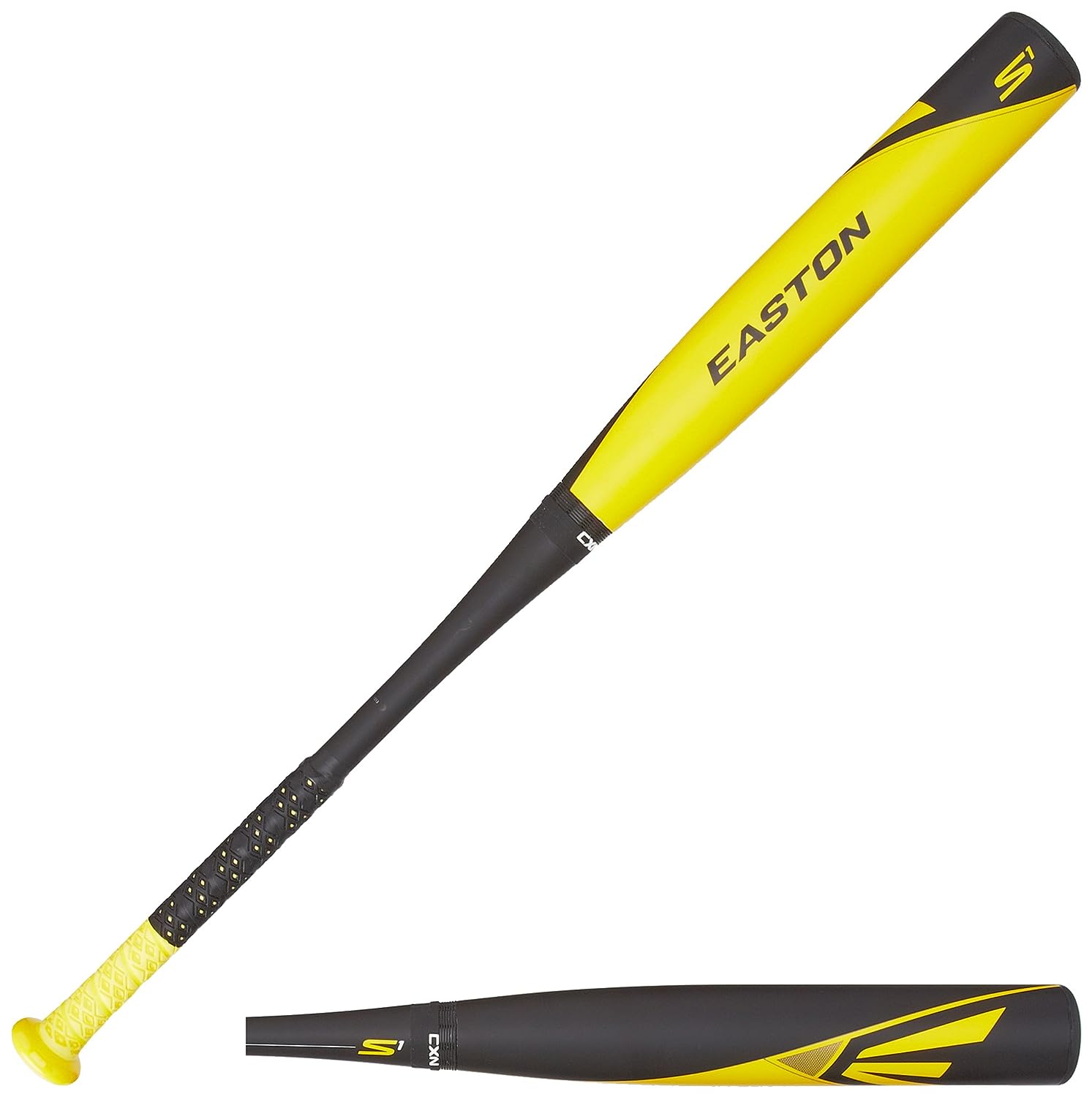 Many buyers of composite baseball bats like to ponder the technical numbers. That’s not really surprising, since baseball itself seems to be about statistics.

Here are some details about the Easton baseball S1 Youth bat which may be of particular importance:

How Does It Feel?

The look of the Easton S1 Youth Bat is especially appealing with its yellow on black color combination, but aesthetics isn’t really important.

How it feels in your hand when you swing it is much more crucial. And many kids have remarked that using the Easton s1 feels right.

This feeling can be a little difficult to explain, but baseball players will recognize such feeling right away. What’s more, it also virtually eliminates the vibration that comes with hitting a baseball.

The performance diamond grip is also quite superb. All in all, even just holding it in your hands will give you the knowledge that you have a baseball bat to swing.

That’s probably going to be a problem when your kid’s teammates find out about it—they will want to borrow it all the time.

Is It Legal to Use the Easton S1 Youth Bat?

Baseball has been quite controversial over the years, and that’s because some players have become so driven to excel that perhaps the rules may not have been followed as assiduously as they should have been.

Doping, for example, has been especially mentioned, which is why many modern homerun records and hitting streaks are met with suspicion.

Bats also generate some controversy, and there are often rules that specify what kinds of bats are allowed for particular leagues. After all, many coaches and parents preach that sport is not about winning or losing; it’s how you play the game.

As a player or as a parent of a player, at least you are secure in the knowledge that you are playing within the rules when you use the 2014 Easton S1.

This bat is approved for play in Little League, Babe Ruth, Dixie, Pony, and AABC. It also comes with the new USSSA 1.15 BPF Stamp.

Greater Confidence With The Easton S1

Finally, hitting is about confidence. When you step up to the plate, you need to feel that getting a hit is a definite possibility. In fact, many of the best hitters are so confident that they often feel that a hit is a virtual certainty.

The right bat can provide that feeling of confidence immediately. Some kids are confident because of the numbers and technical details, but more young players simply feel better when they have the 2014 Easton S1 in their hands as they stare down the pitcher.

And when they feel better, it makes them better hitters.

Hitting, of course, is just one part of baseball. Pitching and defending is also important. But when you have a great tool like the Easton S1 Youth Bat in your hands, then it gives you that much needed confidence.

The pitcher somehow looks less intimidating, and the baseball that comes towards you looks much more hittable than ever before.

With a great bat, the work is almost halfway done. And make no mistake about it; the 2014 Easton S1 is definitely a great bat.